the contribution of patient lm to the understanding of akinetopsia 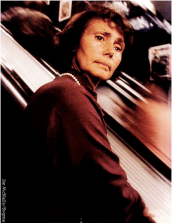 Patient LM was a 43-year old female, admited into a hospital in Munich in 1978 complaining of extreme headaches and feelings of vertigo. She was diagnosed with thrombosis of the superior saggittal sinus (see Figure L1), which resulted in bilateral lesions of a part of the visual cortex (Zihl et al, 1983).

Patient LM has been described by Zihl et al (1983) and Baker, Hess, and Zihl (1991). Patient LM aided researchers in discovering most of what is know of Akinetopsia. MRI scans showed the area of the brain which caused patient LM's visual perception deficits (Baker, Hess, & Zihl, 1991).

Patient LM described her disorder as seeing the world in snapshots, as if watching the frames of the movie, if the movie was missing multiple frames. In 1983, Josef Zihl treated patient LM, as she suffered a stroke which damaged her middle temporal area. This part of the brain, as mentioned on the Physiology page, is known as area MT or V5. This area is just above the ear (Baker, Hess, & Zihl, 1991).


Patient LM was extremely afraid of crossing the street, as the car would seem far away at first, but would quickly appear in front of her without appearing to have moved. She was unable to pour tea as the cup would appear empty, the tea would appear frozen, and suddenly the tea cup was overflowing. Despite these visual deficits, patient LM was still able to see color and identify items, and even judge distance normally. However, she was unable to see anything move in the world.

Unfortunately, patient LM found no treatment effective to reduce symptoms. She learned to avoid visual motion stimuli by not looking or fixating on the stimuli. She adapted and created strategies to aid living her life as normal as possible and improved on detecting stimuli using sound (Baker, Hess, & Zihl, 1991).

Patient LM was tested, using a 24-year-old female with normal vision for baseline responding. In tests of color discrimination, patient LM performed with no evidence of deficit in center or periphery visual fields. Patient LM's impression of movement depended on variables such as direction, velocity, and fixation/tracking the object (circular light targets)(Schenk, 2000).

LM had some impression of movement of a small dot which moved up to 10-14 degrees per second, but no perception of movement above 16-20 degrees per second. LM was 65% accurate when detecting motion away and towards the fovea when the targets were in her peripheral vision (Baker, Hess, & Zihl, 1991). Patient LM was unable to accurately reach for moving objects unless they were moving very slowly, giving her a long inspection time. LM's perception of movement depended on the direction of the movement, the speed of the stimulus, and whether she fixated the center of the motion or tracked it with her eyes. Circular light targets were used as stimuli (Schenk, 2000). 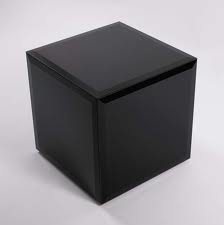 To determine Patient LM's perception of motion in depth, experimenters moved a black painted wooden cube on a tabletop toward her or away within her line of sight. After 20 trials at 3-6 degrees per second, Patient LM had no clear impression of movement in depth. She reported she could tell the object had changed in position and could identify the size of the cube and could correctly judge the distance of the cube in relation to other objects (Zihl, Cramon, & Mai, 1983).

Patient LM was also tested on her ability to perceive motion aftereffect of vertical stripes moving horizontally. Rotating spirals were also tested. She was able to perceive motion in both patterns, but reported motion affereffect in only 3 of the 10 trials for the stripes and no affereffect for the rotating spiral. LM was unable to perceive any depth in the spiral. Patient LM also could not perceive apparent motion, tested by alternating two spots of light appearing alternately close to each other. LM perceived two independent light spots (Zihl, Cramon, & Mai, 1983).

The last study conducted by Zihl, Cramon, & Mai (1983) required LM to follow the path of a wire which was mounted on a board using her right index finger. There were three conditions of this experiment: tactile (blindfolded), visual (glass was put over the board), and tactile-visual (no glass and no blindfold). LM performed best in the purely tactile condition and very poorly in purely visual condition. Visual information did not aid in the tactile-visual condition, but rather hindered her performance. LM reported she had extreme difficulty following her own finger with her eyes if she were to move her finger too fast (Zihl, Cramon, & Mai, 1983).